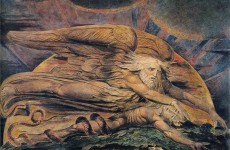 William Blake: Man Without a Mask 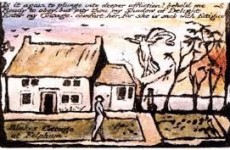 Katherine Ellis and Adam Evans have recorded a version of "Jerusalem" and donated proceeds of all sales of it it towards The Big Blake Project! We are so touched by their generosity and we would encourage everyone to buy it online by read more » The Campaign for Blake's Cottage Features in the New York Times

Read the full article by following this link “Our plan, our dream, is to raise enough money to buy the house and make it a center for Blake and all that he stood for,” said Adriana Díaz Enciso, secretary of the Blake Society. “We do... read more » 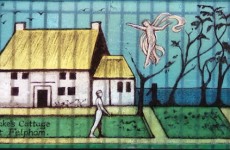 Rachel Searle interviewed by Sean Killick about the Blake's Societies plans for Blake's Cottage. The short clip contains shots inside and outside the cottage and begins with poetry Blake wrote whilst in Felpham. Away to sweet Felpham, for Heaven is there;   The Ladder of Angels... read more » 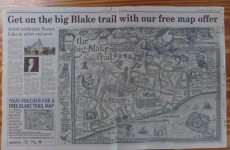 Jerusalem was sung at the station by St Wilfreds Choir Saturday 15 November, to mark the publication of the new Blake Trail map. Later the Bersted Air Scouts had fun building the Bognor-Felpham Blake trail with Angel Stickers.  The famous song, whose words were penned by Blake echoed around... read more » 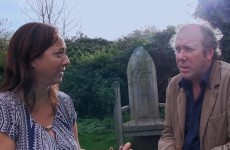 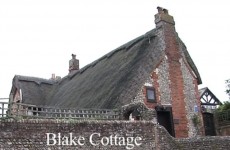 The Wine Presses of Love A conversation between Michael Phillips and Tim Heath (8 pm Tuesday 16 September ... glass of wine ... etc) William Blake was married for 45 years to Catherine, yet there was a relationship in his life that was arguably more important, one that pre-dated his wedding, accompanied... read more » 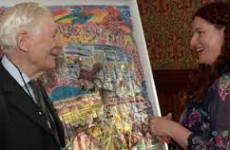 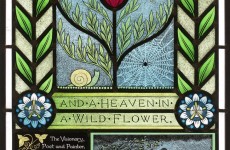 Charlotte Cripps wrote about "Felpham’s green and pleasant house, home to those feet in ancient times."...... "When it came on the market last July, neither the English Heritage nor the National Trust stepped in to save it for the nation, as they have done for countless other important homes and... read more » 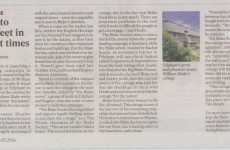 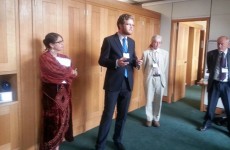 Small is beautiful. There will a festival in Felpham 18 – 20 September to celebrate our cultural heritage old and new. The Big Blake Project is delighted that Michael Phillips curator of Oxford’s Ashmolean Museum has agreed to come down to share his passion and expertise with us. Stephen... read more » 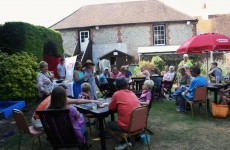 Cake and nibbles at Cloud-hoppper Gallery, a Withey-Withey workshop on the Rife Poetry in the local Pub along with three Blake exhibitions in Felpham and Bognor with the best of our weather made for a wonderful day.  Thank you to all involved.  read more » 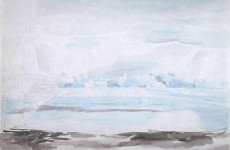 This Song to the flower of Flaxman’s joy To the blossom of hope for a sweet decoy; Do all that you can, or all that you may, To entice him to Felpham and far away. Away to sweet Felpham, for Heaven is there; The Ladder of Angels descends thro’... read more »