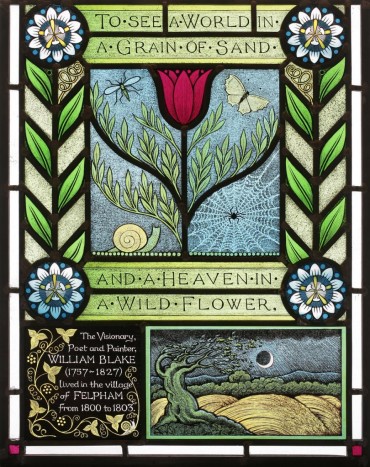 Charlotte Cripps wrote about "Felpham’s green and pleasant house, home to those feet in ancient times."......

"When it came on the market last July, neither the English Heritage nor the National Trust stepped in to save it for the nation, as they have done for countless other important homes and buildings. But the Blake Society, which was terrified of an imminent sale, asked the owner to give them time to raise the money to buy it...."

"The Blake Society aims to raise a third of the money before the crowd-funding campaign is launched, while the Blake seven, headed by Rachel Searle, an economics teacher in Felpham, will run a local festival called Golgonooza in September to boost the fund-raising effort. Searle, who founded the Big Blake Project, which includes the local Blake trail and poetry prize, met the current owner of the cottage who told her that she should get in touch with Heath and join forces to help buy the cottage “for the nation”.