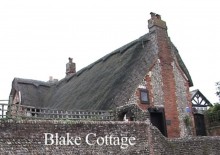 The Wine Presses of Love A conversation between Michael Phillips and Tim Heath (8 pm Tuesday 16 September ... glass of wine ... etc) William Blake was married for 45 years to Catherine, yet there was a relationship in his life that was arguably more important, one that pre-dated his wedding, accompanied him to his death, and gave quotidian expression to his genius – a Printing Press. The... read more »

KM Lockwood. We are delighted that children's writer KM Lockwood will be running a word-art workshop. She was born in Yorkshire but now lives by the coast in Sussex. Her writing shows her deep fascination with British folklore and the sea.The workshop is called Productions in time.‘Eternity is in love with the Productions of Time’  William Blake.  4 Writers, 4 Artists, 4 Both... read more »

Abbie Palache will be running workshops and performing at our William Blake Festival. “A storyteller with edge - who can take you into the darkness and back again with a sure footedness that is the mark of someone who really knows her craft.” Ashley Ramsden, Founder of the International School of Storytelling"What is now proved was once only imagined." Unlocking the Creative Imagination... read more »

Attila the Stockbroker,is a punk poet, and a folk punk musician and songwriter. He performs solo and as the leader of the band Barnstormer. He describes himself as a "sharp tongued, high energy social surrealist poet and songwriter." He has performed over 3,000 concerts, published seven books of poems, and released 30+ recordings (CDs, LPs and singles). read more »

Jo Johnson will be interviewed at the festival and available to answer questions. Jo is a consultant neuropsychologist. She worked in the NHS for 20 years but is now a consultant for several national charities. Her special interests include brain injury and multiple sclerosis.She lives in West Sussex with her husband and four children. She won a plain English award in 2010 for... read more » Charlotte Cripps wrote about "Felpham’s green and pleasant house, home to those feet in ancient times."...... "When it came on the market last July, neither the English Heritage nor the National Trust stepped in to save it for the nation, as they have done for countless other important homes and buildings. But the Blake Society, which was terrified of an imminent sale, asked the owner... read more »