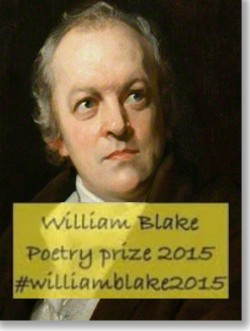 My life was etched in water’s brilliance washed by Catherine’s brush as it caressed
My limpid borders, left me the time to hatch a plague of new divinity
That heard angelic voices cauterised by the annealing acids’ bite into my needles’ hollows
Came to me among the city, weeping the measure of its broken days
And the priests’ curse on all our fairest joys destroyed . . .

O Newton, Bacon, Locke all ringed in steel - I will awake my brow and Lips, fingers and tongue which will sustain me on bright Satan’s wings.

O the notes upon a lyre
Of which the angels never tire
That save us both from Albion’s grief
And play to me as to a thief.

So I remake the image of creation out of the word’s metallic carvings
- mine and thine -
And plant around it echoes scribed in strength,
Impressed into the page’s inverted rhythms of desire can bring us
Albion’s salvation to its hills and vales.

Now lent out at tuppence hire
Their real is lost from God’s good sight
In man’s and child’s and woman’s light
Yet burns through me out of the fire.